with an Understanding Mind

Pete: Realize you don't exist, no thing does!
Then realize again! You exist, things are, what they are.
Put the mind to rest, just live!

Wim: Too bad that the way you are putting it, that these tworealizations seem sequential whereas in reality 'they' are one realization only, seamlessly coincidental and simultaneous. 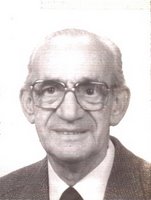 I was lucky in that I had a father who had a clear   understanding and positive appreciation of 'mind'.
He helped me very much to understand, accept and peruse my mind more positive than most people are usually able to.
He always endeavored to steer me away from inappropriate and ineffective functionings of my mind.
He saw the 'mind' as a facultative tool that just like any other tool though, could have adverse side-effects similar to the way a hammer can be used to wreck something instead of joining two things together. He did not see those adverse side-effects though as part of the original 'design' of the mind; rather he saw them as negative interferential results only as they were brought about by external circumstantial mishaps accompanied by conditional stress and duress.He helped me understand that such 'surrogate functioning' was a 'pseudo-mind', not the human mind proper.
He also made me see how those who were being cajoled into mental self-abuse and mental abuse of others were not dealing with their own authentic selves or the authentic selves of others, but rather with 'pseudo selves and surrogate others - meaning people who were made 'not to feel themselves' (as in: 'I don't feel myself today.')
What you say about realization, Maria Louise, that it is not possible to explain what it is, but nevertheless, that it can be understood, it is similarly so with the mind.  When one dissolves 'the pseudo mind', (which is more than just out of it, the intended facultative powers of the mind re-emerge and thus - as a tool of awareness – the mind enables one to live in freedom, even in circumstances that might not immediately be seen as conducive to enjoy and maintain that freedom.

You are so right about 'not explaining.' Yes, my father did not explain 'mind', he understood it and had me use it as intended.

May we not overly doubt our mind, but may we just cast aside the improper workings of something that attempts to look like a mind.

May the 'mind proper' again be what it was designed to be, enabling freedom where freedom seems impossible.