Dualism and Non-dualism (Advaita)
and the Arising of Suffering 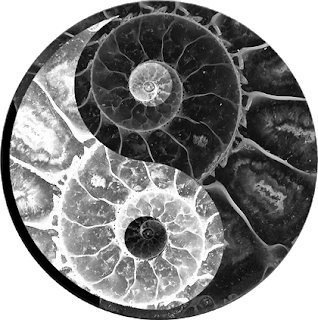 
Dualism
Click here to read that even posing the opposition between dualism and non-dualism comes basically from a dualistic mindset.
Click here and here for even more links to Advaita/Non-Duality blog articles.

Comment by Barry:
My young 28 year old friend asked me today what is the opposite of orange or, for that matter, an orange. I laughed and stated there is no opposite and a bit latter he could tell I was trying to complicate-up an opposite and he said "stop trying."
He got to thinking of manifested things - as that, rather than opposites; after his colleague a chef told him there is no such thing as cold. What we know as hot and cold as opposites can be thought of as hot and lack of heat. I quickly said the same for light and dark can be thought of as light and lack of it.
We settled in to a fun conversation over coffee and pancakes. It actually started in transport. We had only so much time before attending the 3D Movie 'Alice in Wonderland' and wondered if we could possibly fit in a breakfast.
We had a sense of knowingness that we were in timelessness and that we could spaceshift the time to work for us. Which is to say we knew we could pull it off. It got us comparing notes about how often we drifted into feelings of timelessness throughout our respective days.

When we might be late tending to a client, or meeting, yet a sence of knowingness that all would be well and that the client was not there yet and the stressors that were dramatically building were being imposed due to a sense of duty to the 'be 5 minutes early.' Then shifting to a feeling that your in the flow and time is secondary to things working out - then wondering if reality is being suspended, at times, and snippets of the days events are inserted with spontaneous flow due to a creative insertion of perceived reality. [Did some one say 5th Dimension. (sorry i imposed that)]
The coffee conversation evolved around avoiding duality notions and perceiving things as manifest. The orange is there - to be appreciated - not relative to anything.
We felt the more we saw light as light and warmth as warmth to the degree that it manifested as It-Is without relativity; then we were more apt to experience the moment without the time factoring in. Sounds like life on the beach during vacation. That would be where the excitement begins when reality is suspended in space enough that we could open our eyes and be at a beech - as in - instantaneously 'presto'. Just saying. And suspending. And pushing toward the benefits non duality as I see it. Looking for those cracks. According to Leonard Cohen "There is a crack, a crack in everything, that's how the light gets in"