Is reality what we think?

Or can our thinking distort our direct perception of reality? 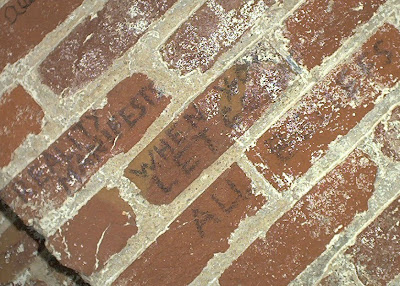 "Reality manifests when you let go of all beliefs"  ~ Wim

Wim: I don't see how in principle reality can have anything to do with thinking. What what we think reality is – what we think to be real – has more to do with the mental difficulties we have acquired over time in acknowledging and accepting objective reality "as is" - difficulties we may have accepting reality as it presents itself to us while our brain is registering reality's data that are relayed to it with our sense faculties.
What we think reality is, is all too often influenced by how we have been made to think about what or how reality should or should not be.
Social, cultural, political, spiritual, moral and ethical filters and models about what should or should not be acknowledged, accepted, seen, reported on and acted upon, stymie the unhampered acknowledgment of what our senses actually do perceive in reality.

Clint: OK... Hmm... I get that! So let me change my question, instead of what I asked you before about what you think reality is, I'm asking you now, "What is reality, what is real?"

Wim: What is real is all that which sooner or later gives rise to impressions that our sense faculties (and their observational extensions in the form of instrumentation such as telescopes, microscopes, etc.) register, lay down as data in the recesses of our brain and subsequently present to our awareness and subsequently to our mind for possible further digestion and possibly more detailed or nuanced investigation.
Problem is - and that is unfortunate - this further mental digestion can move the original sense impressions away from the sensorial realm of the objective towards and into the mental realm of the subjective – a mental state that is much too easily influenced by social, cultural, political, spiritual, moral and ethical filters and models of propriety and acceptability, a sort of editorial filtering and modeling that attempts to affect the scope of what should or should not be allowed to be accepted or treated as reality.
Chances are that with every iteration of this kind of mental processing, rather than receiving deeper and more nuanced mental understanding and appreciation, that our initial sense impressions get painted (or is it tainted?) by interpretations, descriptions and meanings that they originally did not carry and convey.

Clint: Of course! I get it. What is real should have nothing to do with whether we think it is acceptable or not... You are saying that we inappropriately confuse the conditions of reality with the conditional judgments about the acceptability of eh... elements of reality.

Wim: Yes, right on! Although the world of reality is entirely a world of conditions (givens), reality is not conditional. As such, it has nothing to do with what we think reality should or shouldn't be or what reality is or isn't. Actually, your original question about what we might think reality is, reminds me of a poster I saw displayed on a walk-in clinic window a few years ago. It said:

I'm sure that that phrase was designed with a double entendre in mind, so when I first read it, I very much appreciated the two possible meanings of that phrase:
Clint: In other words, what their thoughts offer them does not reflect or represent reality. So, reality is not that what a schizophrenic person's thoughts prescribe reality to be or not to be. Reality is not what their thoughts force them to see as reality. Ergo, reality is not what they think or con-ceive it is.

Wim: Right! But isn't that also true for anyone... anyone who does NOT suffer from schizophrenia...? Isn't it so, that the actual reality that anybody experiences is not necessarily all the time matched by what their minds offer them in terms of thoughts and interpretations about how and what that reality is or isn't?

Clint: Yes, I have to admit, that is often the case. So, if I understand you well, what the poster slogan says about schizophrenia, we can actually extend that to reality itself and... also to ourselves.

Wim: Yes! We can extend it to reality as a whole and to reality for all of us...

Clint: Ok... So we can rephrase that slogan into...
"Reality
It's Not What We Think!"

Wim: Right! Reality is not what we 'think'.
That reminds me of a notion that is quite fashionable nowadays: someone's assumed individual or personal reality. According to that notion everyone can have their own individual version of reality and call it "my reality." How often don't we hear people say, "Well, it's his (or her) reality! It's what he (or she) believes to be real?"

Clint: But isn't that actually a misguided use of the words real and reality? If something is real, it can only be so because it is objectively so, it should not depend on personal or... eh... arbitrary beliefs.

Wim: Of course it should not.
If some notion or observation is not objectively real, it should really be called illusive... perhaps illusion... or if not illusion then maybe imagination or a figment of someone's mind.
In any case, if some notion is not objectively real, then it is at best a conditional supposition. Of course, treating illusions, imaginations or suppositions as though they are real does not make them real… regardless even of whether they are acted upon or result in subsequent action.

Clint: But aren't illusions, imaginations, assumptions or suppositions real phenomena – after all they can be objectively observed!

Clint: Oh, wait Wim, I see what you mean, the mental phenomena are real, but the contents of them, their purported meanings aren't. The contents are not in the realm of reality...

Wim: Yes, they are in the realm of the mind's thought processes...
You mentioned correctly that illusions etc. are real phenomena, and by the same token the illusion-creating character traits of people who treat their illusiveness as though it represents reality are also real. But like you say, the contents of their assumptions, imaginations, suppositions or illusions are not.  However much the person who holds them, claims them to be "their reality", they are still their subjectively formed illusions or mental deformations about their objectively recorded reality - their sensorial information as recorded by their brain.

Clint: I remember that you once told me, "When people say, 'This is my reality', they should really be saying 'This is my illusion'..."

Wim: That's right... And they treat their illusion, or actually their beliefs about what reality should or shouldn't be, as more real than their actual, factual reality.
But I'm not so sure if we can get anybody to easily say that - admit that - unless they have a surprise sudden breakthrough and a quick sense of humor...
But, yes, I'm sure that it is possible for people to discover that their "so-called-reality" lies outside the realm of the real.

Clint: How sadly unfortunate that people who believe their so-called reality to be real, that, indeed, they treat it as something that is... hmm... that bypasses, no, even surpasses the reality of reality itself.

Wim: Yes, that is sad, and you are right, by attaching an out-of-this-world mythical quality to it, they treat it as even more real than the wondrous miracle of reality itself.