The Mind and Dualism 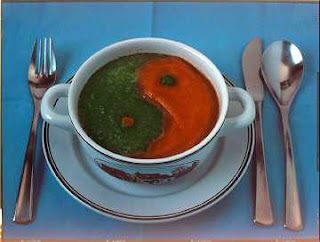 Just bringing this subject up tells us something about how our minds tend to work:

How often isn't something we come up with not preceded by the words, "On the other hand..."?


In any case, the subject of Non-dualism vs. Dualism is up the mind's alley.


Where does this love for opposites come from? 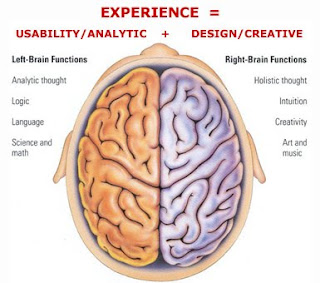 Sure the mind can come up with nuanced thinking, it can be one of its greatest strength. The finest thinkers use a mix of general and detailed analysis with great skill, but why is it that in normal daily life so few of us with seemingly well functioning minds, use the art of nuancing so sparingly: it's either hot or cold, good or bad, "I like it" or "I don't like it", black or white...


The mind seems to be set-up to prefer dealing with absolutes!


It comes from the mind's peculiar habit of assuming that it is the master, while it is actually simply a servant. In many of us, the mind has adopted allures.

For most people their mind acts like the service guy behind the counter of a car-parts stock room.
The man "knows" where the parts are, and the man already "knows" exactly what you need, no matter what you say - especially if... you are a woman.
If he has a bad day (or had a bad night) he might not even want to look carefully enough to see if he has that part in stock for you, that part that you "need right now!"
"Come back tomorrow and have nice day!" he'll say, while he is thinking, "...after my mind had a good night's sleep."
A run-away mind wants to show its supremacy.

All too often such a character, like a run-away mind, wants to show his supremacy...
The stockroom keeper, just like the mind does not realize that he is a mediator, a go-between.
He wouldn't be there if there were no parts or if there were no customers.


The mind does not realize that it is a mediator, a go-between.

Similarly the mind wouldn't be there if there were no sensorial data that it has to identify, label, cataloge, store and... make available on demand when needed.


The mind has a bit of an inferiority complex,

and to compensate for that it behaves like a...
megalomaniac!

The mind has a bit of an inferiority complex, and to overcome that - and because it can identify, label, store and pass through data, it thinks it has power - it uses that power to:
or its assumed prerogative
Notes:

* The etymological roots MA and MAGH representing the manipulative and manufacturing aspects of handling - machina, mechanic. MA is also the root of words like magus (big), magos (boy), might (power), may (being able, cf. mogen in German).

** MA (Sanskrit-Aryan 'to project') is the etymological root of words like:
*** Words like 'cut', 'axe' or 'acute' have onomatopoeic etymological roots KA and AK (meaning 'sharp' and 'cut') which are clicking sounds (cf. the clicking languages in Africa).

HI Wim,
MA in Sanskrit means mother. But in the right context it can have two other meanings. 'Ma kuru' don't do. 'Tamaso ma jyotirgamayo' In darkness, take me to light. Here Ma = in.

I was referring to MA - presumably the oldest etymological root of Sanskrit words starting with the MA phoneme...
The PIE (Proto Indo-European) root *MA originally meant "to project" in the sense of "throwing a projectile with the hand".
The PIE root for words like manual and manufacture is *MAN - hand. Hence the connection with the Greek "mane", the Latin "manus" and the French "la main" - all meaning 'hand".