Reality does not require belief

If you want to know what is real, just let go of ALL beliefs. 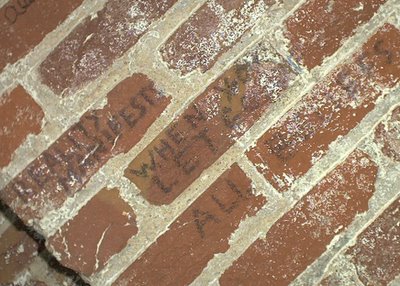 "Reality manifests when you let go of all beliefs."
~ Written on a wall in Omaha, 2003.

"Reality is that which, when you stop believing in it, doesn't go away." *


Illusion isn't even 'there', even IF you believe in it.

Wim:
First try to reason that you don't exist - that nothing does, and keep trying...
When you do that long enough, you will eventually realize that things are just what they are.
Then you'll discover:
. that it is best to put all ideas to rest,
. that you can give up any belief,
. and that you can let go of all assumptions...
Then... just live as though there is no end to it!

Randy:
But Wim, shouldn't we also give up the belief that there is more at the end of life than just a biological end.

Wim:
For sure, providing though that we also give up the belief that there is nothing at that so-called "end of life"!
And now that we are into giving up, we may as well drop any belief about what life entails,
especially any belief about:
. how/where/when/why and if it ever began,
. how/where/when/why and if it would ever end,
. and whatever appears to happen in between.

Wim: I very much appreciate your response, Scarlet.
What you write about belief is true insofar that it describes the intermediary steps or attempts by those who are on their way to retrieve genuine reality - ergo: people who are getting ready, beginning to, or in the process of looking genuine reality squarely, honestly, fearlessly and unconditionally trustingly in the face...

Reality is fully realized when all beliefs have dissipated or dissolved themselves after they have, so to say, served their worthwhile (but only temporarily so) bridging-the-gap purpose.
Full reality does not require belief, genuine reality is self-evident, it speaks clearly for itself, it is truth, it is dharma.
What is usually or commonly called 'reality' is not 'direct' or 'immediate' 'self-evident' reality. Such pseudo-reality is still in need of the crutches of mental reasoning, suppositions, assumptions, beliefs, hope, faith, etc.
Such pseudo-reality only SEEMS to be reality, but it is in appearance only, hence the Buddha identified that whole complexity as "illusion". Hence also, in Buddhism and Hinduism it goes under the label of "maya".

You say very correctly that "Belief is what leads us to see what the Truth of Reality [is]."
But - and I don't doubt that you know - unfortunately and all too commonly "believers" tend to be so attached to their beliefs that they treat their beliefs as more fundamental and real than the "Truth of Reality" they are aiming to reach with their beliefs.

As long as one is so attached to one's beliefs as to not be able to let go of them eventually, reality (dharma, truth) can not be realized...