Is Suffering an Illusion? 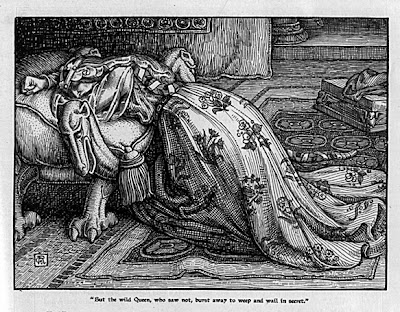 What pain and suffering have in common is that both have external causes. The nature of those external causes though differs very much:
A characteristic of the suffering that is the result of this ill intended deceptive illusion is that the  illusion in it is being presented and treated as being even more real than tangible physical reality. Whereas physical pain tends to happen accidentally and statistically, that what is deceptively threatened, has been made to be experienced in such a way that it can take place at any time - all the time; ergo, it is made to appear imminent and present. The result of this perceived imminence and seeming presence is that the fear for the threat to be executed any moment is felt as a constant. That mentally felt constancy and seeming imminent presence is what makes it appear to be more real than reality as the 'really' felt presence of fear (which is also present in the nervous and muscular system) never goes away. ***

Although suffering is entirely mental, it is always accompanied by threatened physical pain or the  the expectation of painful death.

The fact that the feared infliction is a threat only is what characterizes it to be an illusion. The reason that such threats are threats only is because the perpetrator does not really want to execute the threats lest he loses his subservient victim(s). (E.g. in general, a sexual predator who threatens to kill his victims would not really want to kill them, lest he cannot sexually abuse them.)

Very often suffering is seen or treated as a "maneuver" that a suffering person is using in a manipulative manner; often the sufferer is blamed for this manipulative "scheming". It is unfair and unfortunate though that the kind of manipulative actions of suffering people are understood and treated that way. A case can be made that suffering people have the right, the prerogative or even the privilege to "use" their suffering in a legit manner to "affect or control" their situation - after all, they unfairly lost their right to a life free of pain and suffering in such an illegitimate way.

For more on this topic please read:
"Is life suffering or illusion?"

* Measurement of nerve conductance via electrodes.
** At least not yet, unless fMRI technology makes it "visible".
*** Compare the last sentence with a statement by Philip K. Dick in his book "Valis" (1981)

"Reality is that which, when you stop believing in it, doesn't go away."
For a treatment of this statement please read:
Reality does not require belief.

If you love God then obviously you love God's creation and we should, because all the creation is the beauty of the world and defiantly we should promote it as you are doing, nice work its pretty nice sharing.